She-elephant is pumping out a new verse every day.
Latest sequel. (and yes, pity our blue isn't around, I bet he would have had something to say about current affairs

Old Blue was getting worried, his supply of dunny books

Was shrinking in a most alarming way

And Jane Austen was decreasing by the day.

The local lending library now had padlocks on the door.

There were rows of empty shelves in supermarkets everywhere -

No chance of soon replenishing his dunny.

The poor bloke ended up in quite a state,

And since I wasn’t there just then to give him good advice,

He decided that he’d phone another mate.

This mate’s a bonza fellow – why, he’d give his life for you

But I wouldn’t put much credence in his views,

For although he’s always willing and he’ll do his best to help,

And called him back that very afternoon

“I’ve got the answer, mate,” He said “I’ve sussed the whole thing out.

I can’t believe I’ve solved it quite so soon”

Don’t bother stocking up with books – they won’t last anyway,

Already your supply’s begun to dwindle

Just hit the internet, old mate, and Google is your friend -

Find Amazon and buy yourself a Kindle.
Top

PS i shared your poem with she elephant. She liked it.

The Ballad of Dunny Roll S J Paterson ABC Buxstop Entertainment
ask Mr Google as I can't find a link.
There's nothing wrong with being mediocre........as long as you're good at it!
Top

There you go, Jeff.
Top So far in this country, we have had fire, floods and virus. Can't wait for April.
Top

There's nothing wrong with being mediocre........as long as you're good at it!
Top

Been an eventful year, hasn't it Jeff!
How is your Aussie side of the family now? Hope everything was okay & their home not affected by the fires.
Top

Yes Sherri it's been all go since just before New Year when the fires got closer to Bega and Andrew was on call with the RFS at the Tarraganda Fire Shed. The family evacasted to Melbourne to stay with friends for a couple of weeks. Thankfully the major fire in their area was contained on the other side of Dr George Mountain, on the Mumbulla Moutain and the family were able to move back in. After all that the welcome rains came and things began to get back to normal, but now they are in lockdown with Corona, and just yesterday we had a message from Andrew to say that our second grandson Phoenix had broken his collar bone! Not sure quite how but another casualty to add to the list. D-i-L works at the Regional Hospital (midwife) so she is in the front line as well.
Lets hope and pray that it all ends without too many tears. 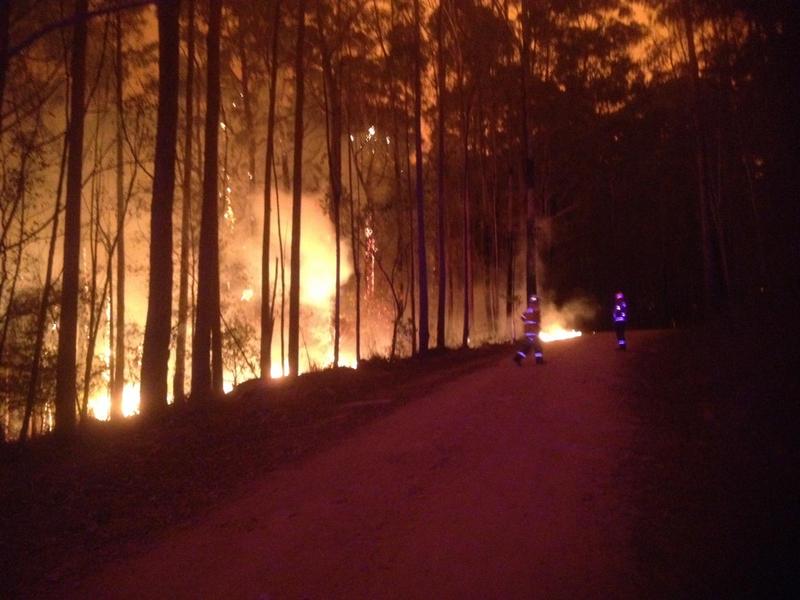 Fire in the forest Mumbulla Montain near Bega
There's nothing wrong with being mediocre........as long as you're good at it!
Top

If it isn't one thing, it's another Jeff! Sorry to hear about your grandson. At least he won't be missing any school! sherri has taken over from champion in the dark humour posts

probably because of the 37 new hamsters in the champion household!!
STAY CALM AND SANDDANCE ON
Top