[quote="jimmywizz"]this is a photo of the old police phone at whiteleas, i think its the only one left in the town as far as i know, and i guess that there will not be many left in the country as these phones were put on housing estates before most people could afford to own their own telephone in the house, it should be rescued and sent to a musem before if rusts away to nothing 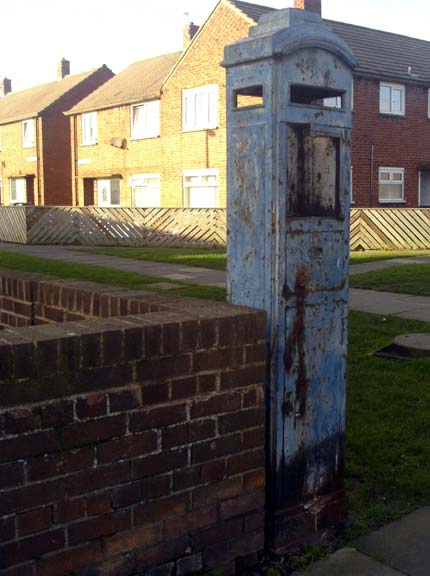 ote]
Quite right JW ..especially the way that the young wazzuks up in Whiteleas behave ..Not long ago the shops round there were terrorized by young n'erdowells ..it doesn't help that many of them live above the shops 'cos no one in their right mind would put up with the trouble
Top

i am only 18,and its really intersting to find out about the history of south shields on here, anyone got any more old photos like them, i livedin whiteleas for 6 year and never even noticed that box, any idea where it is?
I mean no harm, most of the time
Top

I can remember one near the park in Whiteleas, but not sure if this is the one?
"The world is a stage, but the play is badly cast."

"We are each our own devil, and we make this world our hell."

do you think that it will be near the old police station near the park where the newsagents is now?it looks to me like it could be round the gainsborough avenue area?
I mean no harm, most of the time
Top

its next to the red duster pub car park
Top

much obliged jimmy
I mean no harm, most of the time
Top

here is another little bit of secret shields, the photo below is all that is left of the old mansion in simonside, you can still see how the trees lined each side of the road which was used by the old horse drawn carriages as they drew up to the entrance of the old hall, when i was a kid at the top of this path was the old gate keepers house, and next door was the ruins of the old house, it must have been something to see in its hayday, in latter years it was used by south shields FC 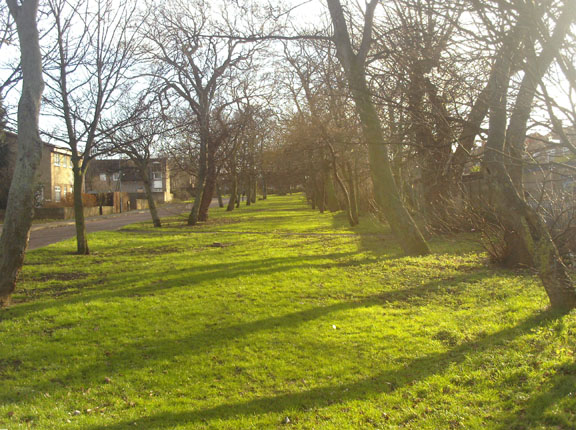 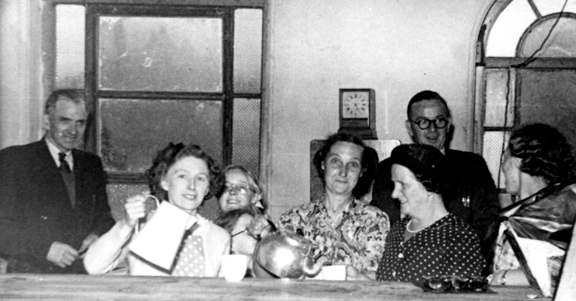 jimmywizz wrote:its next to the red duster pub car park

Yep, it's right next to the Red Duster.
I remember it well. It's seen some interesting times.
We moved into Whiteleas in 1959, and the Duster wasn't built, nor the shops on Whiteleas Way. Sutherland Court came many years after.

My dad used to watch from our house, half way up Gainsborough Avenue, for the bus coming up Whiteleas Way past where the Duster is now before he'd run to the stop to catch it to go to work. Buses don't run both ways on Gainsborough now.

I remember a kid getting knocked down on the corner of Gainsborough and Whiteleas Way, and the ambulance and police were called from that police box. Most people didn't have their own phones - only rich and posh folk!! Many's the time we were chased by cops or adults for messing about with it, or even just hanging around it!!!

There is mention of the old Smallpox hospital at Whiteleas before the modern estate was built.
Thanks to the Shields gazette for the cutting.
I voted leave

I think I remember those houses in the photo, Pilot. If I'm right, you came down New road from Boldon and turned left at the bottom. After a hundred yards or so, there was the old railway crossing and that is where these houses are on the left?
"The world is a stage, but the play is badly cast."

"We are each our own devil, and we make this world our hell."

Still at the Whiteleas end of town...

I assume Holder House at one point was actually a house.

Anyone know where it was or what it looked like?

I know the estate was built on allotments of the same name and; due to the poor, clay soil I can understand why the land was better suited to housing than to horticulture.
Top

I have read the answers so I know this is wrong. I thought it might have been the old railway line when they tried to build a coal pit under the sea a good few years ago but they couldn't do it as it was to dangerous. Because of the fear of it collapsing.
How was a totally inorganic world able to create organic life? Answer it couldn't and didn't
Top

Is it the outlet pipe that we used to call Monkeys Island as kids ?(Imean the picture of the thing on the little beach as we called it)
Top

Thanks I found that very interesting.
Hello Jerry how about coming back and giving me some more history lessons, because I am sure you must have some goodies in the pipe line for me to savour.
How was a totally inorganic world able to create organic life? Answer it couldn't and didn't
Top

monkeys island was more central to the little beach, we used to jump off it when the tide was in. They eventually removed it, Monkeys island used to be a place where they tied boats up back in the 'old' days, My nanna told me along time ago.
Top

I think it was for the pleasure boats that used to sail around the harbour. some went as far as Hartlepool
maverick
Top

I assume Holder House at one point was actually a house.

Anyone know where it was or what it looked like?

I know the estate was built on allotments of the same name and; due to the poor, clay soil I can understand why the land was better suited to housing than to horticulture.

Holder House was a farm, not far from where the Girls School is now.
We used to play there as kids in the 60's, even though the place was still a working farm then.
The farmhouse itself was on the road that runs along the side of the school.
The Wild Witch-Wizard of Whiteleas
Was a changeling's son from Mars.
He learnt his songs
From the Cosmic Throngs
And played them on a Fender guitar - Oh yeah.
Top

jimmywizz wrote:the old parks bogs, blocked of many years ago, i wonder whats inside today ? owt worth flogging on ebay ? 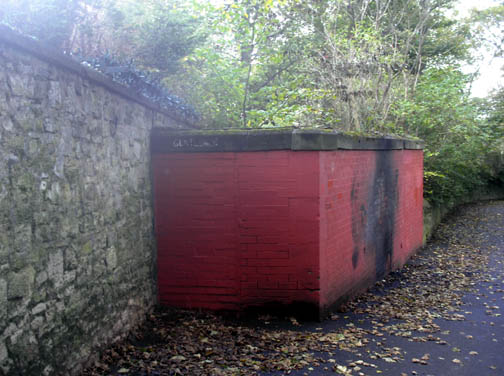 I wonder who this picture will bring back happy memories to.
comeonthen
Top
Post Reply
81 posts