by jimmywizz
I though I would start a new post off about things you may pass everyday in shields and never take any notice of, here is my first one and i think that maybe Jerry might get this one, its a structure on shields beach next to the little have hotel, i have placed a red circle around the bit I am talking about, at this moment in time you can only see it from the air but a couple of months ago the sands had moved so you could see it on the ground, I went down to the seafront today to get a closer look but the sand had covered back over again 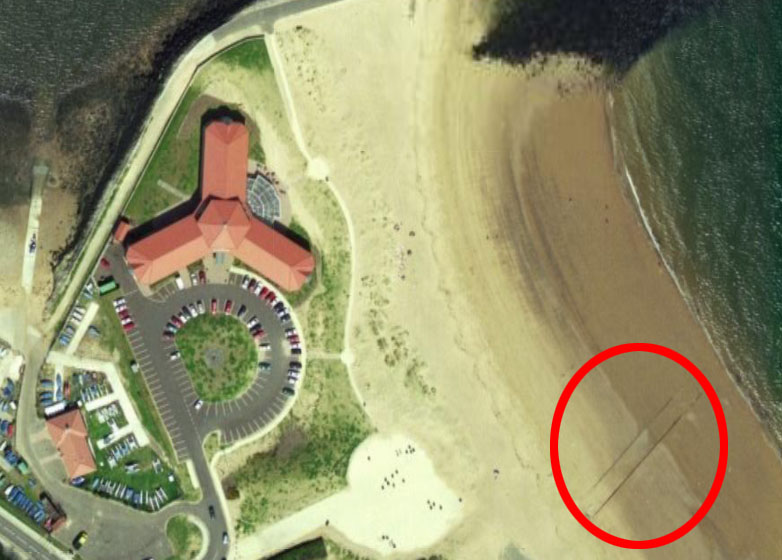 by Axeman
Ah I Know !

Thats from the night I went down to the coast car park and me bloody brakes failed.
by jimmywizz
ha ha, nope, I think i know but not 100 % sure
by Pilot
I think it has something to do with Seaplanes which used to take off from the harbour I think between the wars, they were hauled ashore up a ramp to sheds.
by Jerry
I've heard the seaplane story but there seems curiously little information about it.

The Arbeia Society booklet doesn't mention it but says:

'The present survey, in collaboration with the University of St Andrews Institute of Marine Studies identified a stone pier rising 1 metre above the sea bed on the Herd Sand two thirds of the way between the Groyne and the South Pier. This is as yet undated but was unknown prior to this survey and requires further investigation.'

If this is in the right place, the two mysteries may be connected.
by jimmywizz
yep thats what i think, i once saw a vey old picture of the aeroplane hanger / hut and it was prob in that location, at the moment the whole thing is under the sand, but a few months ago you could walk down the outline
by Pilot
I have a gazette cutting from about 20 years ago with some details of the sea plane base, and mentions that you can see the remains of the ramp at low tide on spring tides, it gives some vague dates stating the hangers were pulled down around the late 1920s Also there is a small picture of the harbour and hangers, the article is quite long and has some recollections from and old aquaintance of mine Bos Whittaker, I will post the cutting once my broadband is back, hopefully next Friday.
by jimmywizz
last year i missed the chance to buy the log book of all the airmen who were based there in the first world war, could kick myself now for missing it
by jimmywizz
here is another one on the same beach next to the main pier, i think i know the answer but not 100% sure, its an old pipe but what for ? 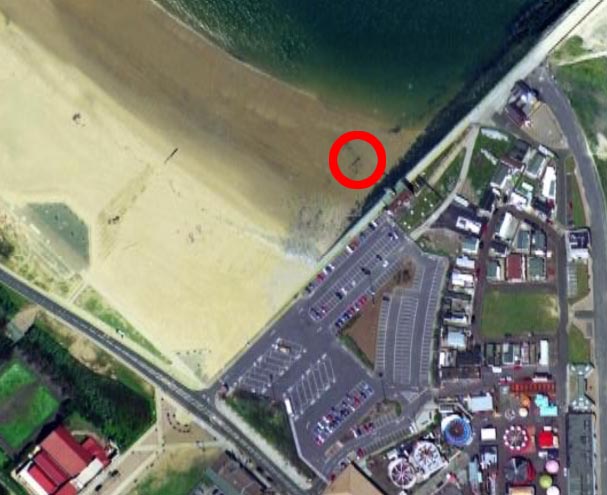 by Axeman
Isn't something to do with the outdoor swimming pool that used to be around there somewhere in Victorian times is it ?
by jimmywizz
close

by robpapE2
if it's a pipe ..the likelihood is that it is for waste from nearby dwellings
only its shorter than the ones now ..remember how bad all the local beaches were for S H to the one T ..at Roker they built geet long pipes to push to effluent further out ..ah such is progress !!!!

by jimmywizz
nope this pipe is in direct line with the old swimming pool
by brian c
Have they rebuilt the chippy next to the Quaser yet.